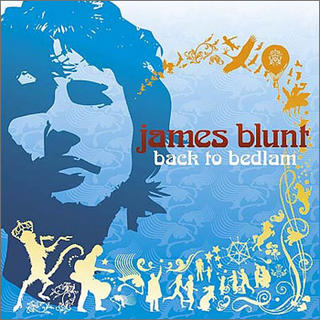 Bit of a prop­er post this one.
I’ve been lis­ten­ing to his album lots, and its struck how good it is. It gets bet­ter with every play. I’ve even been giv­en his music book. Well the tab of his music book, got it for my birth­day and I’ve actu­al­ly been play­ing it a bit to, hehe. I real­ly like his album, it’s got songs for every occa­sion, and your mood can deter­mine the mood of the album. Like now I’m lis­ten­ing to it and I’m fair­ly upbeat and hap­py, and the songs are com­ing across in that way, but I have lis­tened to it when I’ve been feel­ing down abit and it reflects that mood. To me thats the mark of a good album. Some­thing for every occasion.
To be hon­est this post is com­ing because I’m fed up of doing work. Been try­ing to do it all day, I’ve tast­ed var­i­ous “posh” soft drinks and now my stom­ach feels bloat­ed. It’s also an exper­i­ment to see if I can have pic­tures in my posts. I’m hop­ing it works. In fact if it does you will see the nice album cov­er of James Blunt. I thinks its a real­ly good piece of design/artwork. I would actu­al­ly quite like a big ver­sion as a poster, it would real­ly good. Maybe I can devel­op my own piece from it, per­haps a bit of an auto­bi­o­graph­i­cal image. I’ve got a cou­ple of can­vas­es wait­ing for a picture.
Any­way back to the album, favourite track has got to be “So Long Jim­my”, I like the lit­tle riff in that one, its quite addic­tive and gets stuck in your mind.
Over­all I have to give the album full whack, 5/5
Apolo­gies, its not real­ly been much of a review, more of my ram­blings based on some­thing, which I sup­pose is good. If it makes some­one who has­n’t heard the album lis­ten to it then woo!! But most peo­ple will have heard it so ah well!!